How to Read and Write to Virtuoso WebDAV

How can i read and write to Virtuoso WebDAV in ASP.NET C# code?

The Microsoft .NET Framework Data Provider for ODBC can be used to connect to Virtuoso via its ODBC Driver and the WebDAV API calls used for reading, writing, searching etc the Virtuoso DAV repository.

is any wrong with my connectionString or code snippet?

What OS are you running ASP.NET Core 5.0 on ie Windows, macOS or Linux ?

How do you build and run the sample code provided above in an ASP.NET Core 5.0 project, as I don’t see how they interact, although I am not a .Net programmer ? Saying you are unable to connect without details steps on what is being done to get to that point is of little use.

Installing ASP.NET Core 5.0 on Windows 64bit and putting together some sample code for the System.Data.Odbc assembly I found and amending connectstring for Virtuoso’s ODBC Driver I could make a connection to Virtuoso:

What is the actual output of running the running my sample code on your machine, as assume it returns more than just Exception thrown: ‘System.Data.Odbc.OdbcException’ in System.Data.Odbc.dll ?

I installed the `Microsoft.Windows.Compatibility Package and but got this exception message “Exception message: ERROR [IM002] [Microsoft][ODBC Driver Manager] Data source name not found and no default driver specified”.

Here is the screenshot of my Data source Administrator 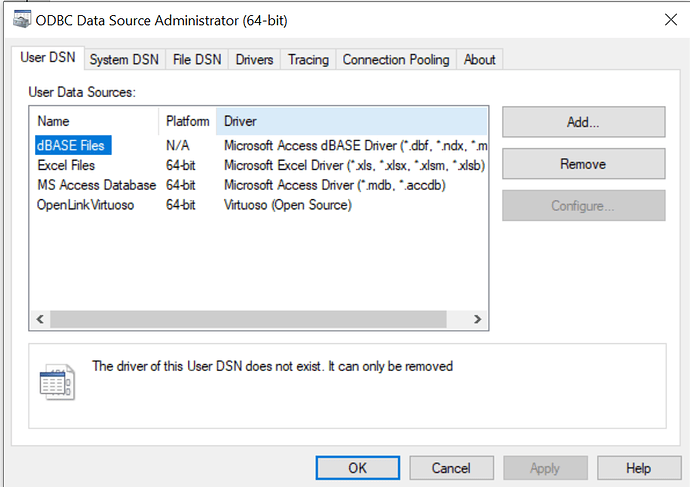 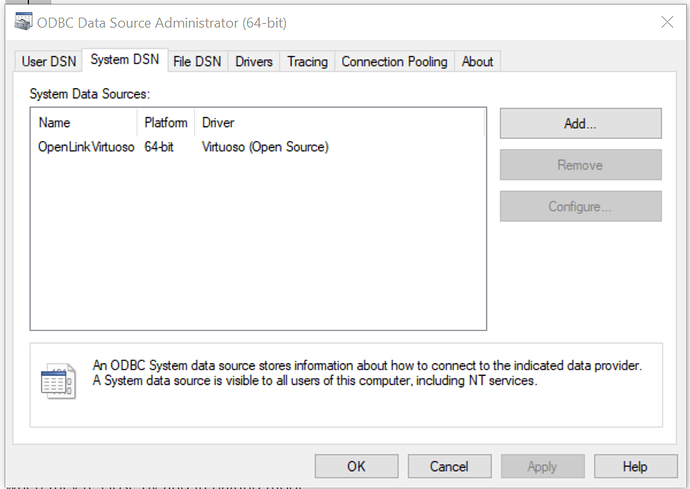 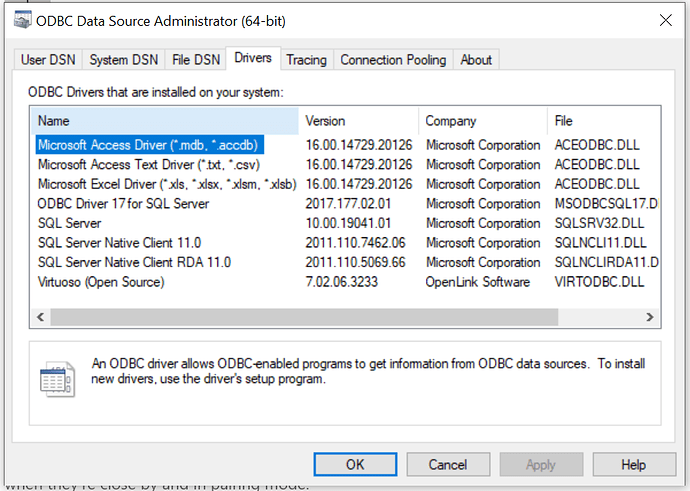 You still have not provided the output of running the test program I provided as requested previously ?

And in the same code you provided previously the connect string being passed is:

ie in you case you are passing the ODBC DSN rather then ODBC Driver name to the Driver attribute of the connect string, which in your case should be Virtuoso (Open Source) ie

It worked…thanks for your support